As opposed to other bodies in the solar system, comets have been known since antiquity. There are Chinese records of the most famous comet up-to-date, Comet Halley, going back to at least 240 BC. The famous Bayeux Tapestry, which commemorates the Norman Conquest of England in 1066, depicts an apparition of Comet Halley.

A comet is an icy, small Solar System body that, when passing close to the Sun, warms and begins to release gases, a process called outgassing. This produces a visible atmosphere or coma, and sometimes also a tail. These phenomena are due to the effects of solar radiation and the solar wind acting upon the nucleus of the comet.

Comet nuclei range from a few hundred metres to tens of kilometres across and are composed of loose collections of ice, dust, and small rocky particles. The coma may be up to 15 times the Earth's diameter, while the tail may stretch one astronomical unit.

If it is sufficiently bright, a comet may be seen from the Earth without the aid of a telescope and may subtend an arc of 30° (60 Moons) across the sky. Therefore, comets have been observed and recorded since ancient times by many cultures.
The word comet comes from the Greek word ‘Kometes’, meaning long hair. This is because a comet’s tail can resemble to a long flowing lock of hair. Comets are sometimes called ‘dirty snowballs’ or ‘icy mudballs’.

Differences with other solar bodies

Comets differ from other bodies in the solar system in that they are generally in orbits that are far more eccentric than those of the planets and most asteroids and far more inclined to the ecliptic (the plane of Earth’s orbit).

Some comets appear to come from distances of over 50,000 AU, a substantial fraction of the distance to the nearest stars. Their orbital periods can be millions of years in length. Other comets have shorter periods and smaller orbits that carry them from the orbits of Jupiter and Saturn inward to the orbits of the terrestrial planets. Some comets even appear to come from interstellar space, passing around the Sun on open, hyperbolic orbits, but in fact are members of the solar system.

Scientist a are very interested in studying where do comets come from and what are they made of because they are primitive bodies left over from the formation of the solar system. They were among the first solid bodies to form in the solar nebula, the collapsing interstellar cloud of dust and gas out of which the Sun and planets formed, so they retain a physical and chemical record of the primordial solar nebula and of the processes involved in the formation of planetary systems. Comets formed in the outer regions of the solar nebula where it was cold enough for volatile ices to condense. This is generally taken to be beyond 5 astronomical units or beyond the orbit of Jupiter.

Because comets have been stored in distant orbits beyond the planets, they have undergone few of the modifying processes that have melted or changed the larger bodies in the solar system.

Normally comets are invisible except when they are near the Sun. Most comets have highly eccentric orbits which take them far beyond the orbit of Pluto, so they are seen once and then disappear for millennia. Only the short- and intermediate-period comets, like Comet Halley, stay within the orbit of Pluto for a significant fraction of their orbits.

After 500 or so passes near the Sun off most of a comet’s ice and gas is lost leaving a rocky object very much like an asteroid in appearance. That’s way it’s believed that half of the near-Earth asteroids may really be “dead” comets. A comet whose orbit takes it near the Sun is also likely to either impact one of the planets or the Sun or to be ejected out of the solar system by a close encounter.

What are comets made of?

From the study of spectrograms, it is known that comets are made largely of compounds of carbon, oxygen, nitrogen, and hydrogen. These compounds include water, ammonia, methane, carbon monoxide, and smaller amounts of other, more complex compounds. The dust in comets is composed of silicates and some metals. Recently, ethane gas was detected in comet C/1996 B2 (Hyakutake).

A comet is made up of four visible parts: the nucleus, the coma, the ion tail, and the dust tail.

Nucleus: relatively solid and stable, mostly ice and gas with a small amount of dust and other solids. The nucleus is a solid body typically a few kilometres in diameter and made up of a mixture of volatile ices (predominantly water ice) and silicate and organic dust particles.

Coma and hydrogen cloud: the coma is the freely escaping atmosphere around the nucleus that forms when the comet comes close to the Sun and the volatile ices sublimate, carrying with them dust particles that are intimately mixed with the frozen ices in the nucleus. The coma is surrounded by a huge (millions of km in diameter) but very sparse envelope of neutral hydrogen.

Dust tail: this is the most prominent part of a comet to the unaided eye. The dust tail forms from those dust particles and is blown back by solar radiation pressure to form a long curving tail that is typically white or yellow in colour. Can be up to 10 million km long.

Ion tail: as much as several hundred million km long composed of plasma and laced with rays and streamers caused by interactions with the solar wind. The ion tail forms from the volatile gases in the coma when they are ionized by ultraviolet photons from the Sun and blown away by the solar wind. Ion tails point almost exactly away from the Sun and glow bluish in colour because of the presence of CO+ ions. 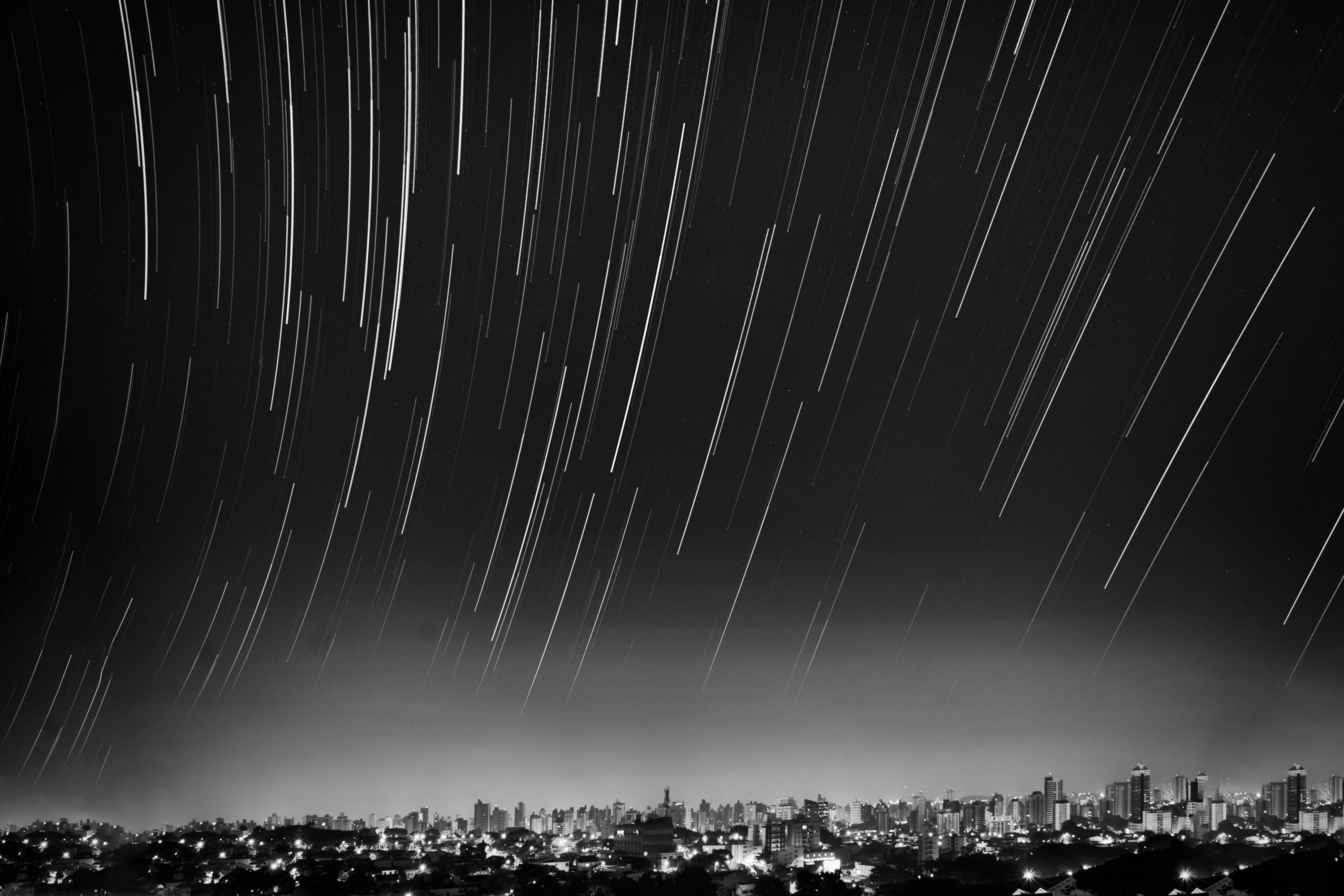 Where do comets come from? Types of comets

Long-period comet’s orbits are often highly inclined to the ecliptic suggesting that they, like the short-period Halley-type comets originate in the spherical shell of icy bodies known as the Oort Cloud. They may be perturbed from their resting place in the Oort cloud by a passing star or giant molecular cloud, or even through tidal forces generated by the bulge and disk of our Galaxy.

Short-period, also known as periodic comets, are comets with orbital periods of less than 200 years or that have been observed during more than a single perihelion passage (e.g. 153P/Ikeya–Zhang). The short-period comets are thought to originate in the Kuiper Belt, an area outside Neptune's orbit (from about 30 to 50 AU) that has many icy comet-like objects. ‘Periodic comet’ is also sometimes used to mean any comet with a periodic orbit, even if greater than 200 years.

Many comets are first discovered by amateur astronomers. Since comets are brightest when near the Sun, they are usually visible only at sunrise or sunset. Charts showing the positions in the sky of some comets can be created with a planetarium program.

Your own customized star map

If you are reading this, astronomy is probably one of your passions. Did you know that you can have your own customized star map of any significant date, like your birthday, ready to hang on your walls or even printed in a phone case? This is what Under Lucky Stars provides, based on the Bright Star Catalogue from Yale University. A truly unique gift, for yourself or for your loved ones! 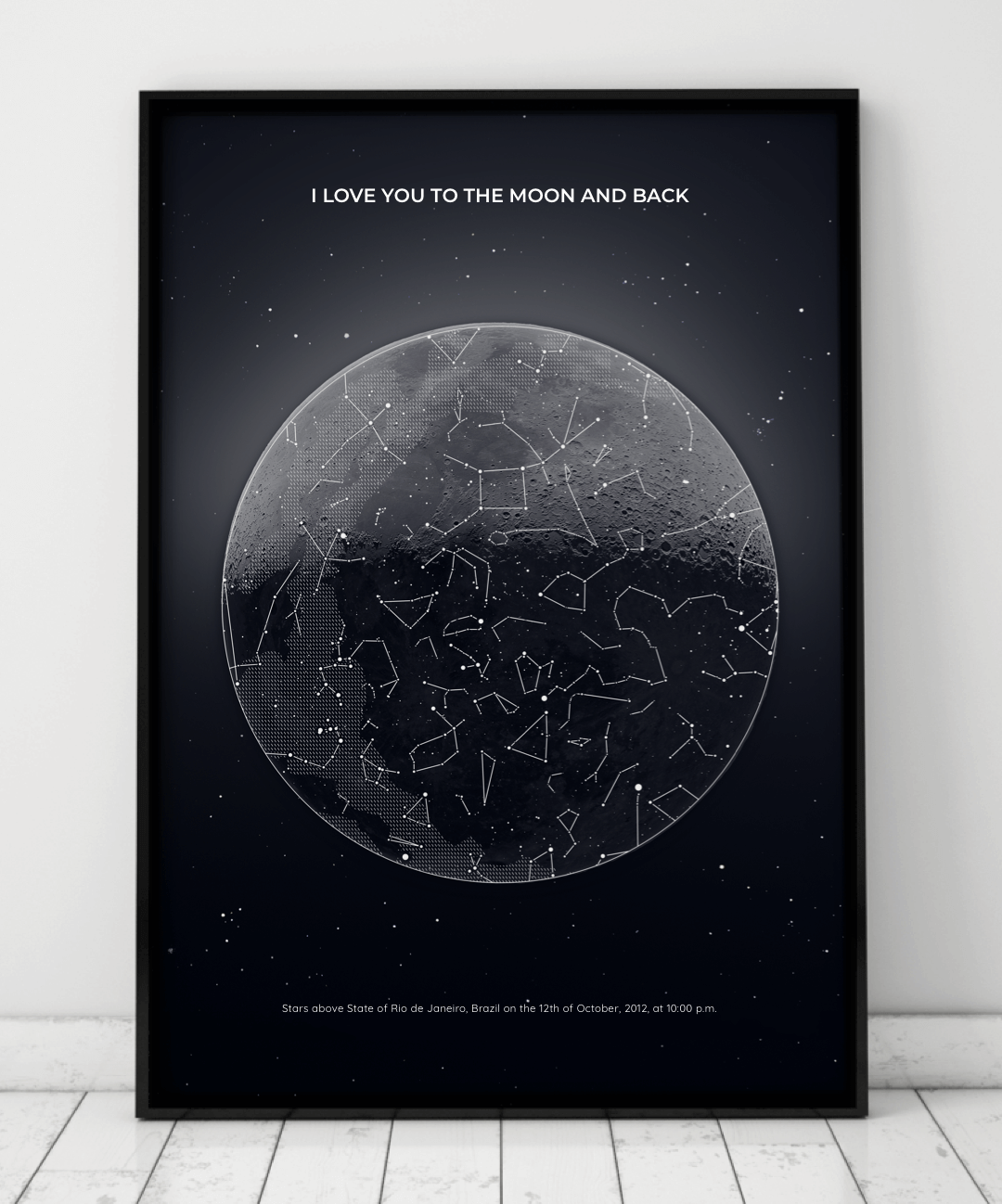 Normally, comets are named after their discoverers, though some of them (e.g., Halley and Encke) are named for the scientists who first recognized that their orbits were periodic. The International Astronomical Union (IAU) suggests a maximum of two discoverers to be in a comet’s name. In some cases where a comet has been lost, it gets its name for the original discoverer and also the observer(s) who found it again.

A magical moment of my pregnancy was creating the art installation Cosmic Creation. As my ideas developed, I decided to make a “blanket of stars” out of the pregnant belly cast.…

However, the study of astronomy is now not merely confined to the observation of stars and other heavenly bodies.…